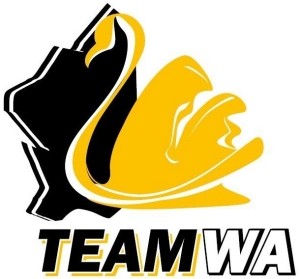 The WA Football Commission have released the squad of players in the State U18 Youth Girls team. A further cut of three players will take place before the successful players and staff head to the U18 Youth Girls National Championships in Shepparton, Victoria from 4/5/13 to 11/5/13. 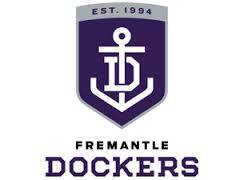 Female involvement in football is moving at a lightning pace.

Not only is female participation in the sport growing year by year, many AFL clubs like Fremantle Dockers can boast around 50% female membership.

To continue to grow the game, we are hosting a Ladies Coaching Clinic where you can learn from the best as Fremantle Dockers Read More [+] 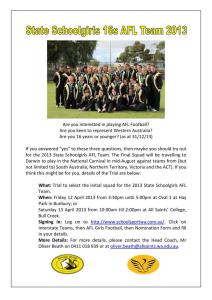 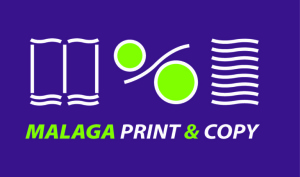 The WA Women's Football League would like to officially welcome Malaga Print and Copy on board as a major sponsor for the 2013 Season.

Malaga Print and Copy are the Preferred Printing Supplier to the WA Women's Football League.

The WAWFL encourages all involved to use Malaga Print Read More [+]

The West Australian Womens Football League in partnership with WAFC Umpiring is seeking Expressions of Interest (EOI) from a person or persons interested in providing services to assist the progress of Womens Football in particular umpiring within the WAWFL.

This honorary position(s) is for season 2013 and consists of two parts.

Firstly, the enhancement of Read More [+]

Claremont Women’s Football Club is seeking a dynamic and motivated person to coach their Division 2 team for 2013.

The key responsibilities include: 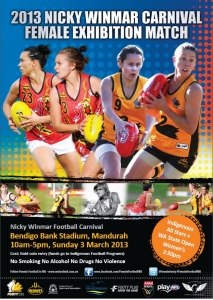 Nicky Winmar Carnival on the 3rd of March at Bendigo Bank Stadium.

At 2:30pm the Indigenous All Stars will take on the State Open’s Women’s Team in the Female Exhibition Match at 2:30pm.

ALL FEMALE Come and Try Day bought to you by Claremont Piranhas.

FREE via registration at http://cwfc.eventbrite.com/

Learn basic footy skills then put them into practice with a short practice match!

Experienced coach Martine Pearman has been appointed to lead WA’s State Open Women’s team in 2016 after a history of success in recent coaching appointments.

Further to this, Martine was also an important member of the U18 Youth Girls coaching squad that saw Read More [+]